My first week of UK tour...

What a wonderful welcome back to UK.

Exeter was SO much fun!

I have to admit- that even now, after all these years teaching and performing (professionally for 16 years!) I still get a bit nervous going to a new area where people don't know me. Will they 'get me'? Will they like me? What level should I be pitching the workshops at?


Thankfully Judith, the woman that organised the weekend is a fantastic organiser and everything ran very smoothly (despite one band in the evening having to cancel on the same day due to a family bereavement; Love to you and yours Maren!).


The ladies in the workshops (which had been sold out for at least 3 weeks before the event!!!) were so attentive and responsive that I felt like I was teaching a room full of sponges, so fast was my information being soaked up! The realisation moments occurring around the room were like Christmas tree lights around the room as they were sparkling so brightly!

It was amazing spending the weekend with my good friend, and one of my first students, Hannah. A lovely dancer herself she was the one who suggested that Judith host me and seemingly they want me back every year now!

I had so many ladies telling me how much I had inspired them and changed the way they would dance that I could barely get my head out the double doors at the end of the evening show!


Some reviews from last weekend;

“I had so many eureka moments in the w/s and private class. Some really really useful feedback on my performance. Wowser moments watching Lorna perform”

One woman told me that I had “changed her life”. Before the workshop she would never have gotten up at a hafla just to bop about at the end because she could never think what to do, but on the night I was in town, after the workshops she not only got up out her seat dancing, but joined the other girls in her class on stage! She was very proud of herself!”


This weekend I will be teaching in EDINBURGH on Saturday 3rd March – I believe there are a couple of spaces left... contact elspethalexandra@hotmail.com

I will be performing in an exclusive Edinburgh performance on Tuesday 5th March. Please also contact Elsepth if you wish to know details and to book!

Next weekend my workshops in Wolverhampton are sold out on the 10th, However there are still spaces available in LONDON on Saturday 9th March. These are aimed at ALL levels (apart from complete beginners!) and even if you haven’t even performed yet, in fact, perhaps especially if you haven’t performed yet! these workshops will be very useful to you! For details and to book; www.saqarah.co.uk

That is my reporting in and PR done. It’s a beautiful sunny clear day in Scotland today even if it is a chilly 3degrees right now! I’m off for a swim before nephew’s birthday party round 2. Yesterday I went with him to his ‘party’ with his friends at Time Twisters at sighthill, Edinburgh and they did soft play and then Laser quest.

It was amazing. The whole venue was designed like ancient Egypt! I felt I had left home and come back home!!! So much fun!

My little Pharaoh, not so little now that he is 7! 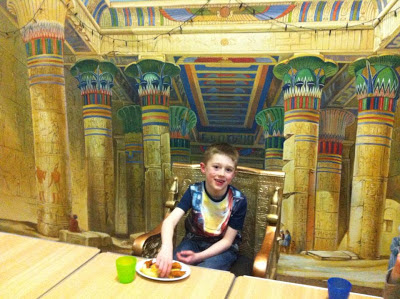 Email ThisBlogThis!Share to TwitterShare to FacebookShare to Pinterest
Labels: Lorna's Performance dates in UK, Me in UK