I just found this dead on my living room floor. Seemingly it flew inside a couple of days ago. 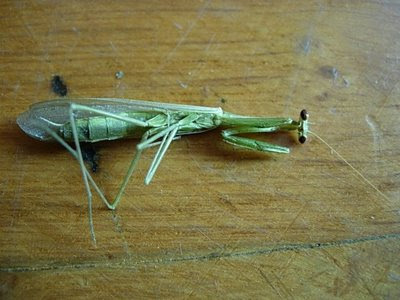 In arabic it is called Gharada. My labisa was saying that there have been times here when the sky was so full of them that it was black and you couldn't see anything else!!!
It's thankfully my 1st time to see one and I am glad it was dead!! I worked out from what she said that it was some sort of locust or grasshopper, although looks more like a stick insect (but do they fly?)- but when I look in google- I can't find out what it is exactly!!! Any ideas?
This week at work has been child friendly. Everyone has wanted me to hold, cuddle, kiss or dance with their precious one. It's been fun actually. Apart from last night when I had to do my entire 2nd set, including drum solo with an under 2 year old circling me round and round and imitating my every move. cute- but dangerous.
It gave an extra dimension to the drum solo thats for sure! it's one thing to not know what move I am going to do next, or what the drummer is going to play next - but another altogether doing all that, and performing for an audience whilst watching where your arms and feet and hips are going- just in case you knock out a child! I managed it- although i suspect at least half the applause was for the wee one!!!!!!!!!!
Talking of wee ones................. Kitten is now 3 weeks old... 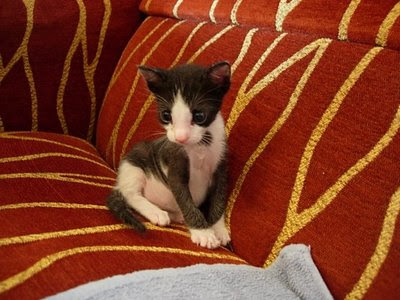 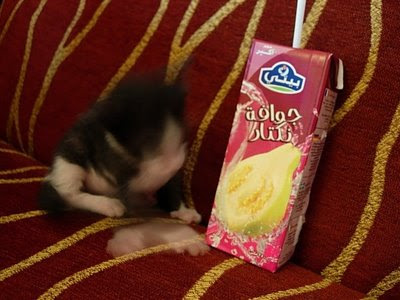 It's co-ordination is not quite right yet- so its funny to watch the 'hunting' face and then the sprawl onto the belly that usually follows!!!!!! 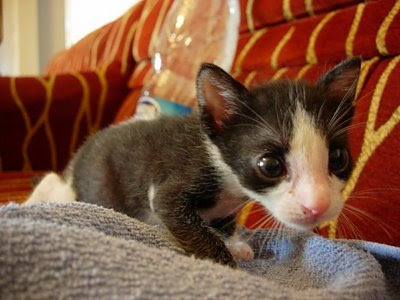 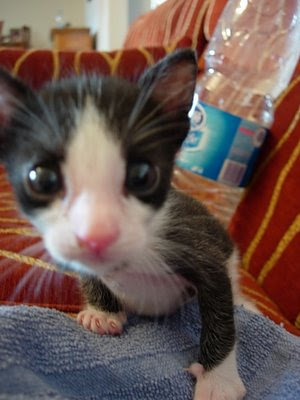 Email ThisBlogThis!Share to TwitterShare to FacebookShare to Pinterest
Labels: All about Bellydance, Cairo Observations

the insect you posted a photo of is called a "praying mantis" actually, different from a grasshopper or a locust :D

see the following link for some google images of it, you've got an amusing blog by the way ! first time for me to comment though :)

I agree with Mando - you've got a praying mantis there. Take a look at the front limbs - it looks like a boxer, right? They actually fight these insects in China. And your kitten just keeps getting cuter and cuter! Does it have a name yet?