One night last week I was called over to a table after my show. Regular customers (a mixed group, all Egyptians) who decided that they had to tell me that had renamed me 'Samia Gamal for this generation'. 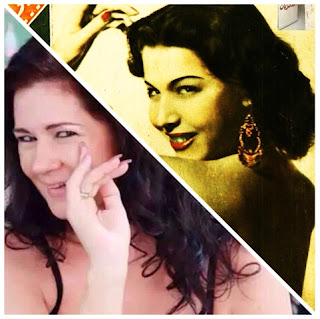 I was somewhat perplexed. I don't look like her (I wish!) and although she has always inspired me and I love her, there are many other dancers whose style I am more influenced by. So I asked why. They were all jumping over each other to explain it to me (which shows me that they had actually been analyzing and discussing it together as a group!) 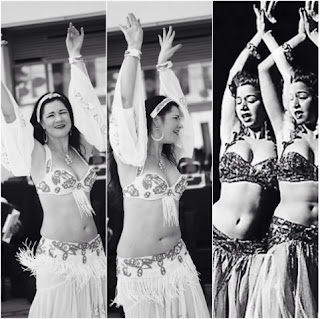 I was told that I always came across as "classy, elegant and intelligent when I dance and  in the way I interact with everyone, on and off stage". They have no idea how much that compliment means to me. Not commenting on my steps, or my body, or my costumes, or even my 'feeling', but seeing past all that to on my overall demeanor as a person. The 'me' inside the dancer.

I'm actually welling up thinking about it. All the battles I have fought to be a dancer in this country. To fight against so many things that are out of my hands, from revolutions to pain and so many things in between. All these felt like they had been leading up to this moment.

If I could have imagined what my biggest achievement would be I might have previously answered, dancing on a large stage with a huge orchestra, or dancing in a movie or being booked for more weddings than I could handle. Of course, those would be great too, and if anyone wants to help arrange these I wouldn't say no ! Actually scrape that, I might say no, it always depends on the cost (and sadly in this industry, in this country that cost is often one I am not prepared to pay!).

The truth though was there, in a bar in Mohandiseen, being told by a group of people that they saw, recognized, appreciated and liked 'the person inside the dancer' was the acceptance I think I have been striving for all these years. It really moved me. (I tried not to embarrass them, or myself, by showing that too much though!!!!) . I guess it was reaffirmation that I hadn't been wasting all these years after all! 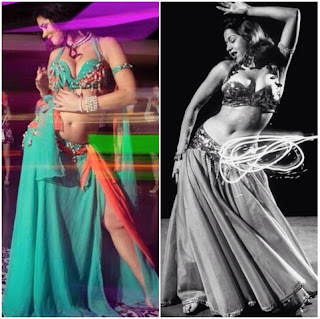 I always thought 'making it' would be that people thought I was Egyptian because of the way I dance. However,  people have told me that many times over my 10 years here and, although fabulous to hear, it did indeed boost me on low days, it didn't really make me feel I succeeded. Or perhaps it did, at the time, and I have just moved the goalposts. I do that I lot I have noticed. Good way to improve, bad way to ever feel content!

So the moral of all this, if there needs to be one, is that the more I allow myself to dance honestly, as me, not 'trying to be Egyptian' but just 'being me', the more I am valued as a dancer in Cairo.

So the answer to the title question- 'To Be!'

Oh, and I just want to say a special thanks to those audience members for choosing Samia for all the reasons above but also for giving me such a good excuse to spend a morning poured photos and videos of her! 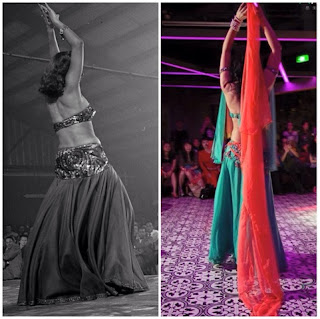 Hello. I would also love to dance bellydance and already I have a lot of time taking class, but still not improvise well. What do you recommend?

Just a little Comment: You were somewhat Perplexed when they compared you to Samia Gamal ! The one thing I do know in this world, it's Not the fastest Runner, or the Best looking, or the best dancer that wins the race... It's the Attitude! A Go Win, or I'm the Best "Attitude" will win the race (or dance) everytime, And I think you have that Attitude. Now go win that race,,, in this case "The Best Dancer out there award" Remember, it's all in the Attitude ! Wishing You & Family the Best...

Well there's praise indeed! Is there specific dance culture in Egypt? I really should know more about this country!