Chapter 3; Learning from The Fringe. A bellydancer's take on learningfrom other performers.

Today's 'better late than never' Edinburgh Fringe review by Lorna, talks about two of the shows I saw in the fringe this year that were very different from each other, yet had in common one thing. You didn't see the actors face on stage at all..... Masks v sock puppets!

Theatre dilusio- a non verbal play set back stage at a theatre. 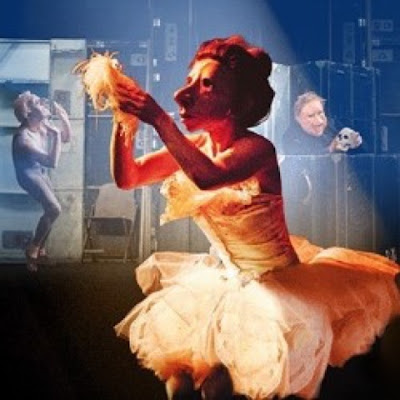 I wanted to see this show because, as someone who has spent many dancing years on stage myself, I loved the idea they used which was that the front of the stage is actually back stage! So when we are looking at the stage we see back stage, and when the actors go back stage they are actually going onto their stage. Confused yet? That concept in itself was interesting for me as a performer. To think about our on and off stage characters and where they coincide and where they differ, and how we change from one to the other. If we do. The show also touched on how people view us as people off stage when they have previously seen us on stage.

This was a comedic play without a single word uttered, yet everyone knew instantly what was going on and the feelings the actors were trying to portray. Well acted you say, yes indeed, however the actors wore masks, so the feelings came to us not through facial expressions, but instead all of it was body language.

This is a really important thing to keep in mind while dancing. I have seen dancers 'over act' happy, sad, etc on stage when they think that's what the song calls for, pulling huge grins, or long faces to depict what is being said in the lyrics. Sadly though, this often looks forced and fake. It is important to respond to the entirety of an emotion, not just to pull a face. We underestimate the impact even an outbreath can make to those trying to gauge how we feel, a tilt of the head, a lifting of the ribcage. Tiny movements can make a huge difference to the audience, completely altering the emotion we are portraying. Emotions should be danced through your entire body, not just your face! 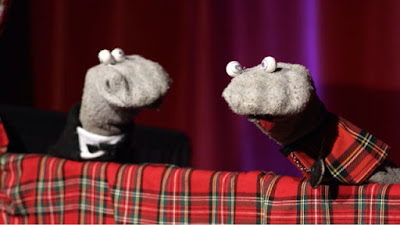 I have never laughed throughout Shakespeare before! Loved this performance. As far as you could get really from a Bellydance performance, yet.... What was interesting here, from a dance perception is that each of the two socks speaking to each other, within their 'Punch and Judy' style booth, had very different personalities. They became two people. To the point where it was hard to accept that there was only one person 'backstage'. No body language. No facial expressions, yet huge personality. This was hard to understand. How can you show emotion without any facial expressions or even body language? It was of course largely in the script, but what struck me was how influential other elements were too. In particular, the pauses, the timing, the emotion put into the voices and the dedication to acting out each part.

It is easy as a dancer to think that dance is about the steps. But it seldom is. It is often about the 'way' you do those steps, the timing, the pauses, the interaction with other dancers on the stage or with the audience. Commit to 'who you are' in any given moment and don't hold back. If you are dancing 'sexy' ... Then go for it. Don't 'mime' sexy. Feel sexy. Be sexy! The audience will sense any hesitation, or the doubt you have so you must trust that what you are doing is the right thing for you rather than what you 'think' you are 'supposed' to be doing to that part of the music. Commit fully, and remember that there should always be pauses. Moments for you, and your audience, to catch your breath, or to exhale if you've been holding your breath!

Like I said, two shows, completely different but a similar message. You don't need to see a person's facial expression to know their emotion. It helps (unless it's over done) but it's not essential. Timing, commitment and body language all play an even greater role!
Oh, and check out the Falsetto socks on YouTube..... I promise you'll love it!

I love those sock puppets. Just poppin in to say hi