When a cruise ship gets into a port you have the choice of staying on the ship, doing your own tour around the city or taking part in one of the organised excursions. Everything I had done so far was independent and I was interested in hearing about the history of Athens and having a proper tour guide talk me through it all. One of the benefits of the job meant that, as long as there were spaces, crew can go on the organised tours for free. All we had to do was complete a questionnaire about the tour and help the tour guide if there were any problems.

Fine by me. Thing is, I have been a teacher for too long. I think I took my job a little too seriously and spent the day or a lot of it anyway, acting a little like a sheep dog. Worried sick that any of the guests would get lost on my shift! Mind you, it was a good excuse to go up to people and start conversations! Despite that, I did enjoy hearing all the stories about these naughty ancient Greek gods who slept around and killed their relatives and generally acted in a most ungodlike manner!

I loved humour the guide put into her talk when discussing the politics of the country too. It reminded me of the very many conversations I have had with people about Egyptian politics. It is amazing when a country is stable how unimportant and irrelevant politics seem, but as soon as a country suffers problems, as Egypt has in recent years and as Greece are facing now, suddenly you want to talk about it with everyone. You want them to understand that things are not as they should be! 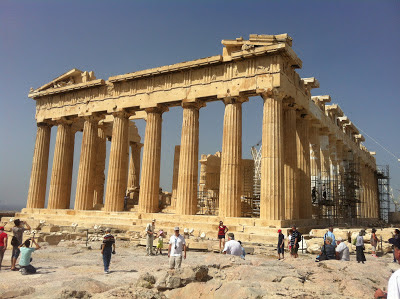 What a beautiful view from the Parthenon. I felt you could spend a week exploring all Athens has to offer and I only managed to see a fraction of it. 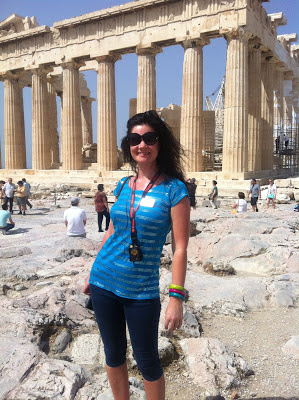 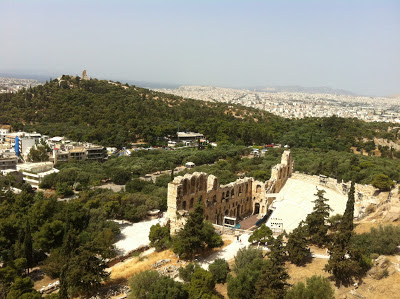 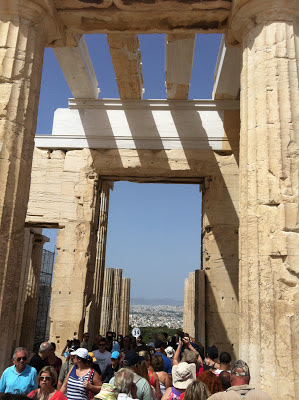 (I have to admit to feeling jealous of all the tourists for the sake of Egypt! We could do with some of these people!!!) 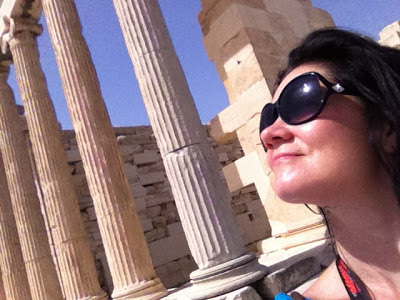 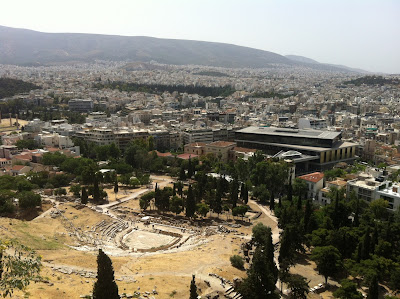 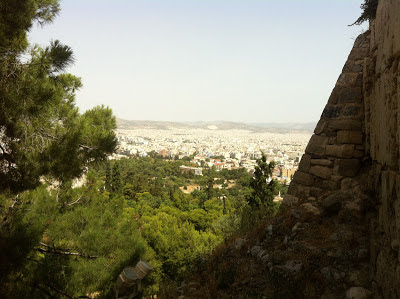 On the way back to the bus I managed to get myself lost in a stunning peaceful olive grove. Again the nature was what I needed. I felt 'home'. It was beautiful. 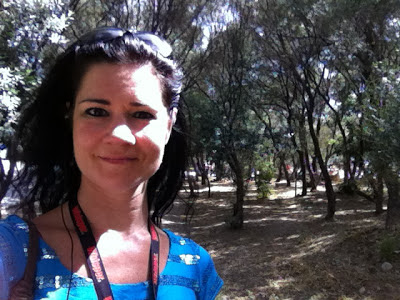 In fact, Athens is going to stay in my mind as a place of nature and lovely people so much more than a place of old temples. Which is not a bad thing I think.

I even saw a greek 'hantour', waiting patiently at the entrance to the Parthenon. It also made me think of home. Cairo. 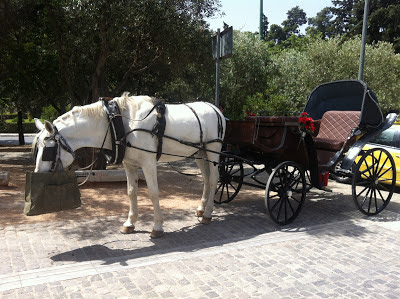 After the tour returned to the ship I still had a couple of hours before we all had to be all aboard so I went for a wee walk around Piraeus. I managed to find myself some new cheap but comfy shoes and a 1Euro shop to buy some fun cheap earrings in. 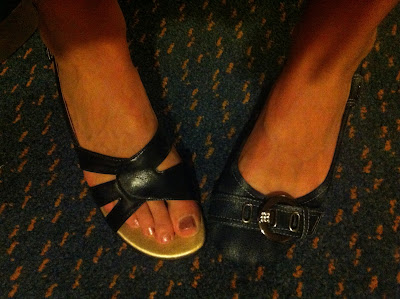 Also some local wine and of course I had to buy some ‘Liqueur and weed’!!!!! (which turned out to be 'Greek Delight' - which tasted a little of cinnamon and not much else!) 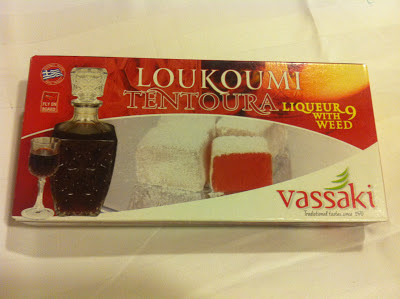 I would also like to do a thank you to iPhone maps. without you on that day I doubt very much if I would have got myself back to the ship in time!

Back on ship I had to get myself ready to perform my 3rd show of the trip. This time I made triple sure that the ipod wasn’t set to shuffle. Unfortunately, the sound technician on that day was new and managed to start my music half way through the 1st song. There is nothing which unsettles you in a performance as much as having the start messed up is there? The audience did seem to enjoy the show I had them up dancing with me too. However, I can honestly say, I didn’t recover my confidence at all and really didn’t enjoy it. Dance makes me happy. It gives me a high performing for people. When you expect that high and then for whatever reason it doesn’t happen the low that follows is horrific. The rest of that evening was trying to get over my low.

Diana in the piano lounge helped somewhat- a beautiful singer and pianist who had such fabulous people skills that you felt you had walked into her living room and you were a dear trusted friend she hadn’t seen for ages and she just had to sing a song for you. I don’t know how she managed to sing for at least 4-5 hours every single night of the week. But she did and she was very good at it. Music can soothe most troubles away, can’t it?
Posted by Lorna (aka BellyLorna!) at 4:01 pm